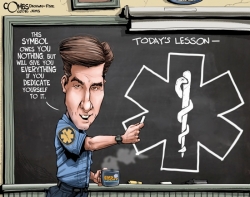 CDC is responding to an outbreak of respiratory illness caused by a novel (new) coronavirus. The outbreak first started in Wuhan, China, but cases have been identified in a growing number of other loc...
Read more »
Influenza
Sat. Feb 1st 2020

Influenza (flu) is a contagious respiratory illness caused by influenza viruses. It can cause mild to severe illness. Serious outcomes of flu infection can result in hospitalization or death. Some peo...
Read more »
FIRE & RESCUE COMMISSION

Last Tuesday of each month (except during June, July and August) at the Eastville Bingo Hall.

FollowTweet
Copyright © 2006-2021. YourFirstDue Inc. All Rights Reserved. Designated trademarks and brands are the property of their respective owners. Content on this web site is supplied by Northampton County Dept of EMS. YourFirstDue Inc. cannot be held responsible or liable for any content, text, pictures, or any other media found on this web site. Maintained by the members and staff of Northampton County Dept of EMS.
Management Login
Powered by