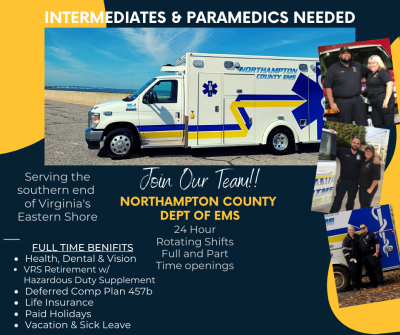 Job Opportunities:Northampton County is currently recruiting for both full-time and part-time positions of EMS Provider (Intermediate or Paramedic preferred).Shifts are 24 hours on with 72 off. Shift...
➜
Influenza

Influenza (flu) is a contagious respiratory illness caused by influenza viruses. It can cause mild to severe illness. Serious outcomes of flu infection can result in hospitalization or death. Some peo...
➜
HAZ - Thunderstorms

What is a Thunderstorm? 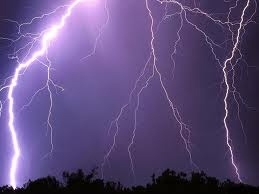 Thunderstorms are generated by temperature imbalances in the atmosphere. Warming of the air near the earth's surface and/or cooling of the air above the earth’s surface puts warmer, lighter air layers below colder, denser layers. The result is an unstable air mass that produces a thunderstorm.

Lightning is a powerful natural electrostatic discharge produced during a thunderstorm.

Lightning is a serious hazard during thunderstorms and tornadoes. More people die from Lightning strikes than any other storm related incidents.

Precautions if you are threatened by lightning

Take these special precautions if you are threatened by lighting:

If you have no time to reach a safe building or an automobile, follow these rules:

This site has been viewed 161,159 times.
News
Events
Pictures
Apparatus
FollowTweet
Maintained by the members and staff of Northampton County Dept of EMS. Designated trademarks and brands are the property of their respective owners. Copyright © 2006-2022. YourFirstDue Inc. All Rights Reserved. Content on this web site is supplied by Northampton County Dept of EMS. YourFirstDue Inc. cannot be held responsible or liable for any content, text, pictures, or any other media found on this web site.
Management login
Powered by